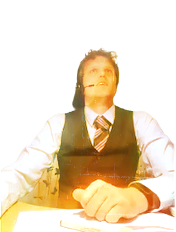 2021 is the year that the majority of us in sitting jobs will probably remember by mostly doing whatever we do over the screen. I counted all together 130 web meetings of mine in 2021, over the Zoom mostly. When I mentioned to a very good friend that I’m doing just fine with these Zoom meetings, maybe even with more success than with meetings in person, he told me, that I should think about that. In the sense that it is maybe not normal to be accepted better and be more convincing over the screen than in person. But, in 2021 the definition of what is normal and what not was probably written anew. The fact is that the majority of my meetings would not be feasible for me nor in terms of costs nor in terms of time needed to travel to the location. If you consider that I’m traveling exclusively with my bicycle and by train, in principle, my productivity at least in terms of the number of meetings was quite high. So what were the main milestones of my 2021 at the institute Mobilitatis Omni?

In 2021  we have renamed our institute to the Mobilitatis Omni. Which stands for the mobility of all in Latin. The new name is deeply connected with our ambition, and the decision we made based on the analysis, to expand our advocacy—which up to the point was mostly for the cross-border missing railway bridge over the Mura river—to all the railway lines in border regions of Slovenia and its neighbor countries. Which in fact, due to the small size of Slovenia, means for all of the railway lines in Slovenia.

The mentioned analysis is based on my opportunity to write and present a paper, together with assoc. prof. dr. Borna Abramović from Zagreb, for the conference (again virtual), the 19th Annual STS Conference Graz 2021 “Critical Issues in Science, Technology and Society Studies”, at the beginning of May 2021. I was proud already that our abstract got accepted for this online conference. The final title of our paper is A Cross-Border Railway Bridge Non-Reconstruction: Actor-Network Analysis of its Design, Non-Development, and Non-Action. We found out among others that after the second world war, in the times of the cold war all together eight out of eleven railway border crossings were closed on the northern border of the former Yugoslavia with Italy, Austria, and Hungary. If interested you’ll find our paper on the link here.

For the institute key event in 2021, the bilingual, online round-table: Mura River Bridge. was also conducted online, in Slovene, with simultaneous translation in German. We handed over, to the representatives of the responsible ministers from Slovenia and Austria, the Declaration on the Mura’s Bridge in the Mura-Drava-Rails Network. I’m more than grateful to our members and partners for their testimonials to support the Declaration.

In spring I also started a series of meetings—which spanned throughout the whole year—with the key stakeholders of the institute at the Ministry of Infrastructure, Slovenian Infrastructure Agency, and the Slovenian Railway.

Round table started with an exceptional lecture by dr. Janez Potočnik, Co-Chair of the International Resource Panel; Former European Commissioner for Science & Research and for the Environment; Partner at the SISTEMIQ, who presented A System Change Compass report. We had a lively discussion after the lecture. My fears that people will not ask enough questions to dr. Potočnik were superfluous. Dr. Potočnik is also a member of our newly established MBTT Club, and gave his own exceptional support statement for the Mura’s Bridge.

While dr. Potočnik’s lecture was more on a pan-European and global level, I was very eager to hear also the case study from Miro Kristan, Head of the Organisational Unit for Environment, Space and Countryside at Soča Valley Development Centre from Tolmin, on the Bohinj railway line. In the advocacy for this, without doubt, the most attractive railway line in Slovenia, Mr. Kristan presented also the re-establishment of the railway line between Gorizia and Nova Gorica. Which is a case somehow similar to the case of Bad Radkersburg and Gornja Radgona. Only that both Radgonas are still missing the railway border bridge. I had hundreds of questions in my head for Mr. Kristan, but I had to let others also let others ask questions too.

The important follow-up came very soon, at the end of the month of May. I was in Murska Sobota while having intense communication with the Slovenian Embassy in Vienna, which was preparing the agenda for the upcoming meeting of both ministers of the Republic of Slovenia and the Republic of Austria in Vienna. I handed over and sent all the documentation regarding the Radgona railway line and its missing link, the border bridge over the Mura river. I was more than glad to receive the news in the summer that Leonore Gewessler BA, Federal Minister, informed the City of Bad Radkersburg that the Republic of Austria is ready to invest in the upgrade of the Bad Radkersburg–Spielfeld-Straß all together 109.5 million euros. The main goal is to shorten the travel time in this 31 kilometres long line to half an hour. Thus, in Slovenia, we no longer have any excuse not to approach the re-establishment of railway traffic and the upgrade of the Ljutomer–Gornja Radgona line. And both neighbouring, friendly countries should urgently approach rebuilding the missing railway bridge and so finally reconnect both Radgonas and re-establish only fourth railway border crossing between both countries.

In June and July, I managed to get some help in my pro-bono work for the institute. Katarina Sladoljev agreed to help me with attracting new members, especially with our new focus on the municipalities across Slovenia, especially to border municipalities. This was the focus that we made in agreement with my colleague, the future president to be of the institute’s council, Peter Beznec.

At the same time, Katarina challenged me to work out more in detail my idea to propose core and comprehensive TEN_T corridors. I did start that journey—with interactive and graphical maps now included in the corridor proposals—but the proposals are still a work in progress, I must admit. The basic framework for all the corridors is set though. Our joint work over the summer proved successful as the Municipality of Središče ob Dravi agreed to join the Institute and the newly set up consortium of the Central European Alliance for Sustainable Mobility.

By the end of the year, I was more or less alone again, as Katarina started working on the EU cycling project at the, guess where… at the  Ministry of Infrastructure. Over many, many meetings in autumn, I succeeded to attract two more municipalities to join the institute and the consortium, the Municipality of Bled and the Municipality of Ravne na Koroškem. Several other municipality majors promised to join us. At the beginning of 2022, I held two conference joint meetings with majors of the regional railway lines, along the railway line Grosuplje–Kočevje and Trebnje–Sevnica. And on January 12th, I presented again—after almost four years—at the municipality council of my hometown, Municipality of Ljutomer. I was more than glad and rather tired, as my turn was to present was around quarter to 11 PM, when municipality council members unanimously confirmed membership of the Municipality of Ljutomer in the Institute and the Alliance.

Among all those meetings, in autumn I had very promising meetings also with some of the largest companies in Slovenia. With Telekom Slovenije, DARS and NLB, respectively. In December I held also a meeting with the Office of the President of the Republic of Slovenia. Head of the Office, dr. Alja Brglez, and her assistant were very supportive and it seems we will meet again at the beginning of 2022. They shared with me the experience of the President travelling by train to Budapest (not so pleasant, I dare to say) and travelling through Italy by train (much more pleasant). Among other very supportive meetings, were also meetings with the diplomatic representatives of the Republic of Austria, the Republic of Hungary, and the Republic of Croatia. The meeting with the diplomatic representatives of the Republic of Italy had to be postponed.

Strategically it is a fact that all new major railway lines in our neighbourhood are—some of them already in 2022—set so that Slovenia, despite the much-vaunted excellent geostrategic position is not needed to travel through, actually. Slovenia and Austria have only three border crossings and one missing link on the border over the river Mura in Gornja Radgona and Bad Radkersburg. The good news is that at least Šentilj/Spielfeld-Straß railway border crossing will be a double-track crossing again in the near future. The Karawanks Tunnel is upgraded, but only to single-track. The railway border crossing in Prevalje has great potential as in Austria the new fast railway line between Graz and Klagenfurt—the Koralm Railway—is being built. The opportunity will be missed if the railway line from Maribor to Prevalje will not be upgraded and connected to this Koralm Railway. In Hungary, the upgrade and electrification of the railway line—that will enable fast connection between Vienna, Bratislava and Zagreb past Slovenia— between Nagykanizsa and Zalaegerszeg is announced already in 2022. So, more than enough work and advocacy for Mobilitatis Omni in 2022.

Last but certainly not least, I’m more than grateful to my partner in crime, as it is said, Lora, for all of her material and moral support without which my work for the Mobilitatis Omni would not be possible.